Jaipur Tour: Another early start saw us having a busy morning in Jaipur! Our first stop as the Palace of Wind, which had been specifically built for royal ladies who weren’t allowed to be seen, there are 953 windows!

En route to Amber Fort, we saw the floating palace, Jalmalah, it was built in the 18th Century on an island. When the monsoon season comes the lake around the palace fills up and it looks like its floating. Up at the Amber Fort we took an elephant to the top, whilst queuing up we were hassled by touts trying to get us to buy turbans, a few of us bargained them down to about 200 rupees and wore them whilst hiking up the hill on our elephants. Such a fun ride, wobbling around on the seat, having our pictures taken and waving at people further up the hill.

Views inside the Amber Fort

Views inside the Amber Fort

Within the amber fort we spent a while looking at the different courtyards, admiring the decorations and the view across the hills and the valley below. There was secret passage ways up to towers and down alleyways, it was fascinating. Following a fall and a sprained ankle, two of the boys had to carry poor Danielle down the mountain, we got stared at and hassled by more touts with plenty to offer!

After lunch back at the hotel, our adventure around Jaipur took us to Jantar Mantar, a collection of architectural astronomical instruments, one of which, the largest monument there is a sundial, each of the structures are maintained well and are used regularly. Our final stop was the City Palace, we saw a range of different clothing in a gallery as part of the Museum and admired the beautiful court yards. 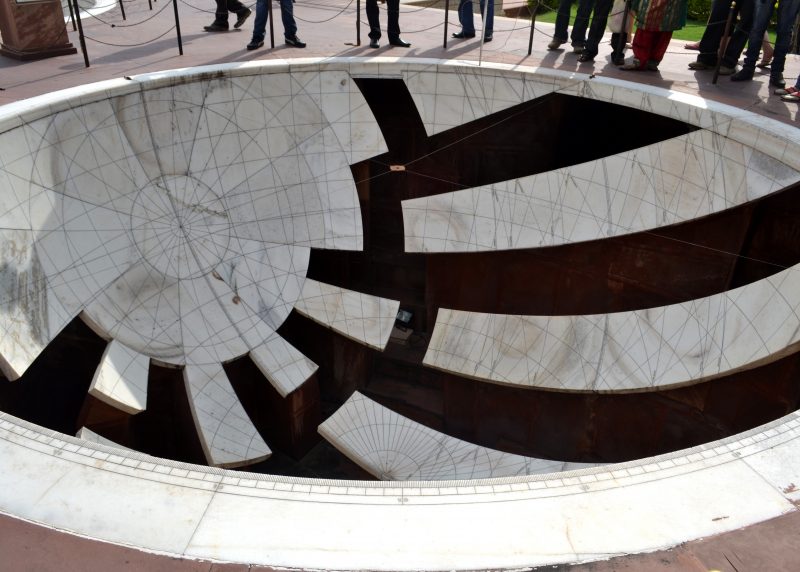 During the evening, myself and 8 others of the group took ourselves via tuk tuk to a Rajasthani Ethnic Village. The tuk tuk journey was hilarious, speeding down the roads in a potentially unsafe vehicle, which would never be allowed on the roads in the uk, but it was so fun. Luckily, we arrived in one piece and spent the next couple of hours watching traditional dancing, Indian wrestlers, getting our names written on grains of rice and experiencing a taste of Rajasthan. We risked our lives on a rickety, man powered ferris wheel which had the boys screaming, hilarious! The food was included in the price of our entry and we encountered a sit down on the floor kind of meal, approximately 20 different dishes were given to us, I wish I knew what they were. Some were good, some were spicy, some were very sweet. An interesting mix, which I enjoyed on the whole, but a couple of the others couldn’t stand!

A really great day, enjoying the delights of Jaipur and Rajasthan!

The most rickety ferris wheel ever 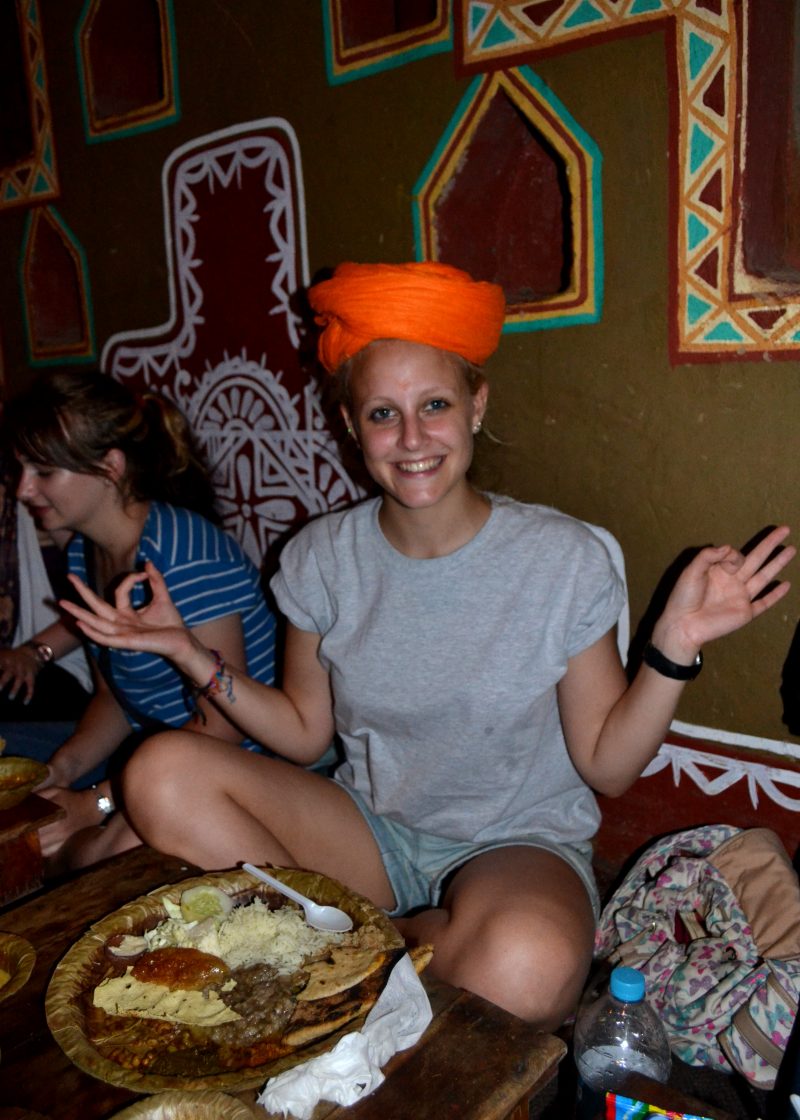