As I was lucky enough to head back to NYC last month for work, I managed to spend the weekend beforehand in the Big Apple. Having been before I used the time to catch up on things I’d missed doing whilst I was there back in October! Handily I was with my friend Bev for the weekend who had also been recently and done lots of touristy things so it was great that we both wanted to pretend we were New Yorkers for the weekend. Here’s how to spend 48 hours in NYC if you’re there for a second time and have done plenty of typical tourist spots… 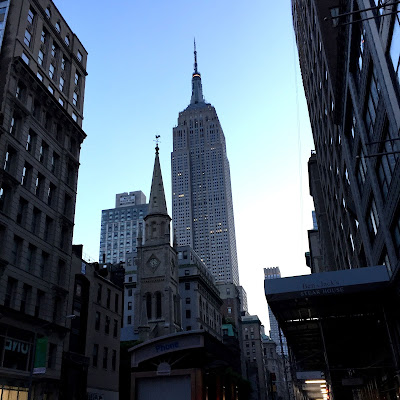 We woke up having had an evening flight on the Friday. With the time difference we were going to bed late for normal time, but around 11pm NYC time – this meant when we woke up on the Saturday morning we were right back on track to get on with the day! We had LARGE cups of coffee and bagels for breakfast and then headed out into the streets. We were staying just down West 57th so pretty easy to start walking anywhere or catch a metro.

With afternoon BRUNCH plans with some friends / colleagues from the city we headed down towards Chelsea Market, probably around a 45mins walk. En route there were plenty of fabulous NYC sites including Roller Hockey! We walked in the sunshine to Mercer Kitchen and met some of the girls we were to be working with during the rest of the week. Most of us were tempted by omelettes, Cristina however indulged in some fabulous looking pancakes. Following catch ups, eggs and mimosas we spent a couple of hours shopping for make up (Sephora is a must), underwear and more. We also visited the only Birchbox shop at in which all the cosmetics are displayed based on their product type, rather than the brand – handy if you’re not sure what to get! You can also get yourself a Birchbox or sign up for deliveries at the back of the store! Sam also showed us a really cute yoghurt shop just on the corner and a fancy deli with tasty and snazzy snacks that you’d expect to find in Selfridges or somewhere similar here in the UK. 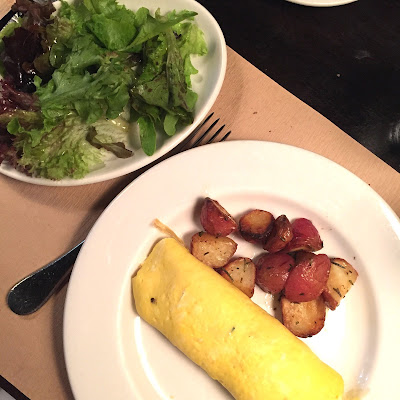 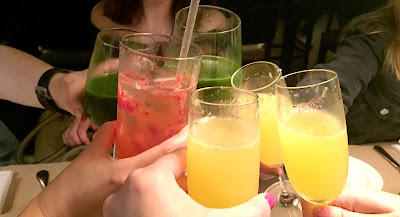 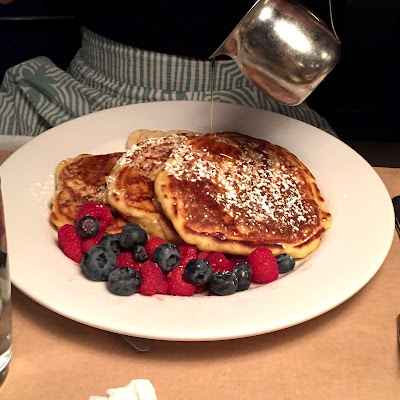 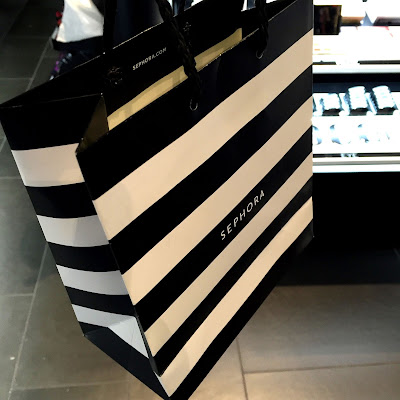 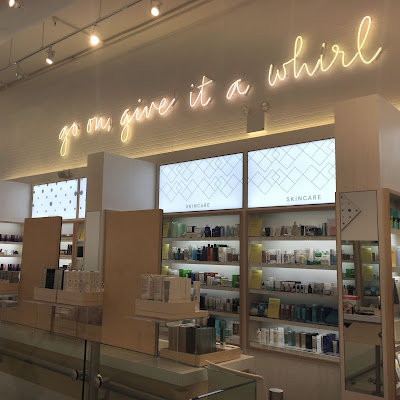 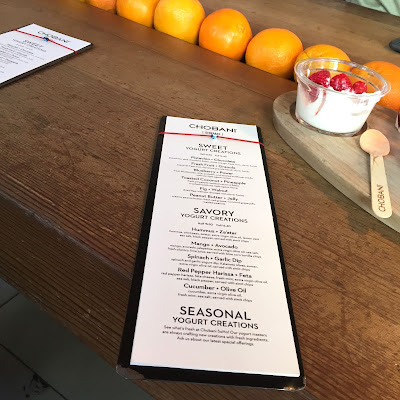 Later that evening after a quick freshen up at the hotel, Bev and I headed North to the Bronx for our first ever YANKEES GAME! Oh yes, once we’d picked up tickets and mandatory snapbacks, we headed into the stadium for Bud Lights & Hotdogs. Initially we didn’t even go up to our seats as we had a great view just by the food stalls. Sara we were with earlier had given us the low down on how the game was scored and what to watch for (don’t ask now I have no idea), so we got the gist about innings etc… When we did finally head up to the fourth section we were impressed at our incredible view across the stadium. 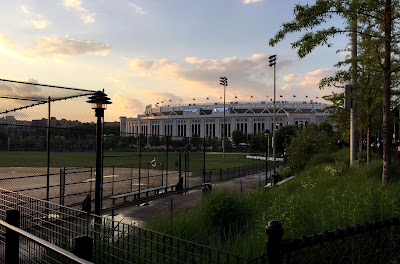 Sadly, the Yankees lost so we commiserated with the locals at Stan’s – a classic Yankees fan bar just around the corner. Chilling with our bud lights and having random conversations with American people (the British accent goes down a treat). En route home via the metro we spoke a couple about politics and ended up in an Irish bar at which there were a couple from The Wirral having a honeymoon drink). The night came to end after some boogeying on the bar to wear off the good sprits before we eventually found our way home following a slight detour as we got lost in Manhattan! 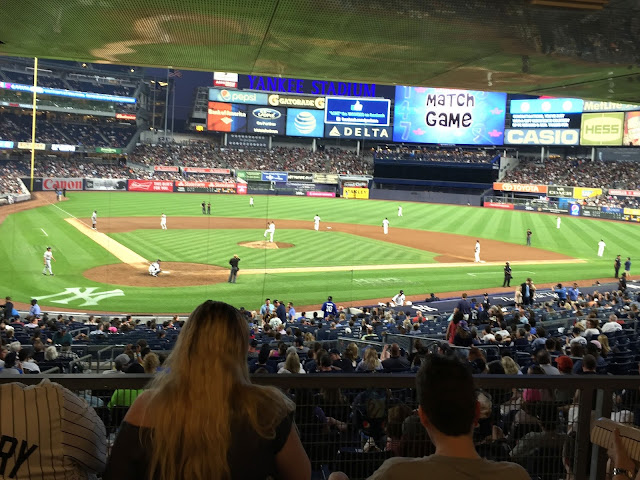 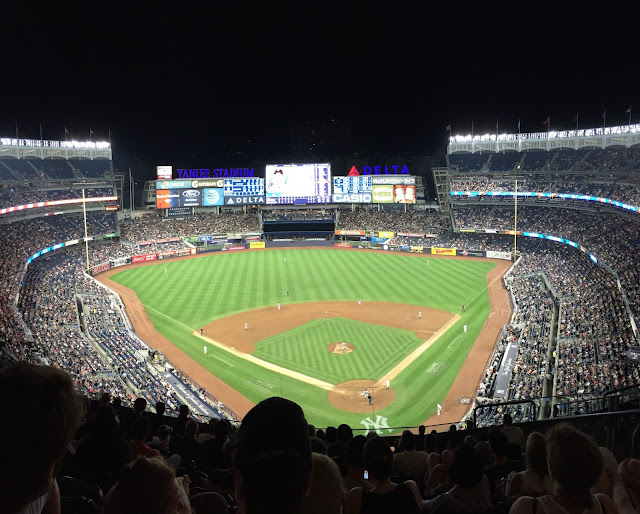 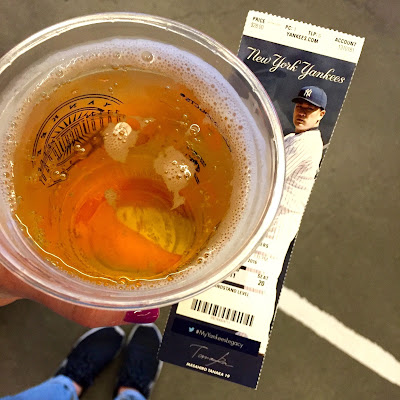 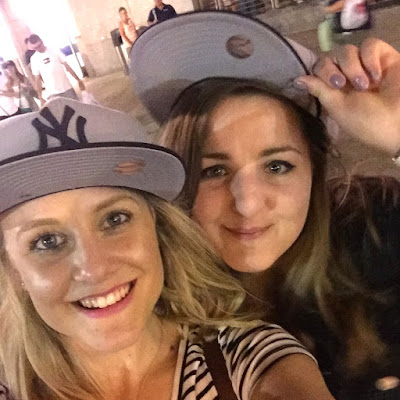 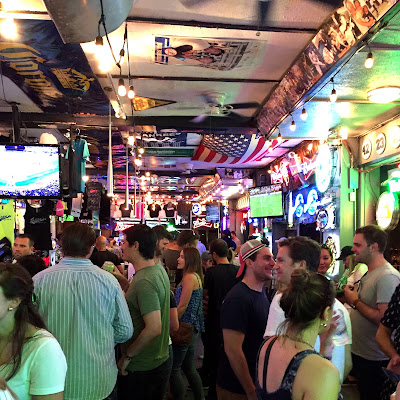 Check back tomorrow for part 2 – things to do in NYC or here’s some posts from previous NYC Trips!